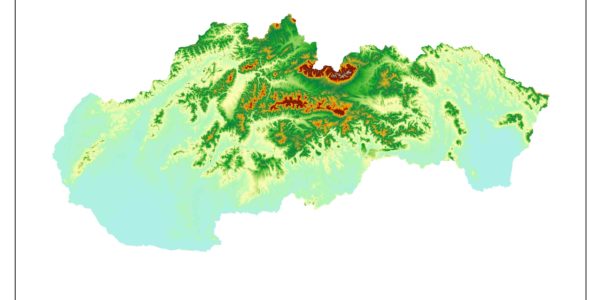 I am proudly to say and share with my followers that we stepped on a next level in the research of the Füzesabony culture. From September 2017 I received a scholarship from the Slovak Republic as a member of The Institute of Archaeology of the Slovak Academy of Sciences.

The main goal of this project is the localisation of Füzesabony/OFK settlements in Slovakia, as well as their topographic and non-invasive researches, furthermore the establishment of a whole new database system. The gathering of information already begun in 2015 in the framework of a Humboldt scholarship, however back than in most cases the exact geographical location of the arcaeological sites couldn’t be determined due to the lack of consistent publication data without further fieldwork. The projects is a great example of an international community program on a cross-border archaeological culture where cooperation and fluent data sharing where key to the success.

As a scientist – like everyone else –I have preconception, an opening thesis on the researched archaeological sites. I hope – and some of the literature seems to support my concept – that the dense settlement system in South-Borsod Plain and the Hernád valley region in Hungary will be also detected in Slovakia, and also that I might find some further information about the composite settelment system, which I observed by my own researches from the last couple of years.

Here it shall stay the text of my competition:

Title of the research Project: Bronze Age Settlement System of the Otomani-Füzesabony Ceramic Style across borders. A comparative study of Bronze Age societies in the Hernád Valley and beyond

Since the early 2000s my research interest is the Bronze Age of the Hernád Valley, Upper Tisa Region, Borsod Plain and the foothill zone of the Bükk Mountains, the distribution area of the so-called Otomani-Füzesabony Culture or Ceramic Style (OFK henceforth). This Bronze Age ceramic style and the communities using it inhabited a vast area from Little Poland to the Körös Valley in Hungary. Polish, Slovakian, Hungarian and Romanian colleges are involved in the research of this material culture. Researchers of these four nations are reliant upon each other when it comes to this matter. Hungarian and Romanian tell sites were examined first, but a lot of them is still unpublished. Most of the large Slovakian settlements were investigated in the middle third of the 20th century, and they are well known in the literature. Recently, Polish sites are now in the focus of the interest, but we don’t have a comprehensive/interstate work about this period. This will be a common project for researchers from Central and East-Europe.

I started my work with publishing the material of an OFK site in Ároktő-Dongóhalom, a tell settlement near the Tisa River (P. Fischl 2006) and collecting data about the Hungarian sites from this period in a GIS database  (P. Fischl 2008).

In 2008–2009 I have been awarded a Humboldt research fellowship in Heidelberg with the title: „Die Beziehung der Siedlungsstruktur und der gesellschaftlichen Einordnung in der Früh- und Mittelbronzezeit des Karpatenbeckens (RBA0–A2)”. From 2012, I’m one of the leader researchers of the BORBAS (Borsod Plain Bronze Age Settlements) Project, carried out in cooperation with the University in Miskolc, the Ottó Herman Museum of Miskolc and the University of Köln (Fischl-Kienlin 2013; Fischl et al 2014; Fischl–Kienlin–Tugya 2015; Fischl-Kielin 2015). The aim of this project is to explore the inner structure of these Bronze Age sites. In micro-level, to establish the location and the structure of households, to establish if there are settlement parts with specialised function, and to compare the architecture and activity patterns of the various parts of these sites. On the macro-level, an attempt is made to define the factors that determined the choice of site location and to understand the spatial organisation of settlement in environmental, economic and social terms.

Between 2013 and 2014 I examined the same topic (Settlement structure, use of space and society in the Bronze Age (Northeast Hungary)) with Szentágothai János Scholarship of ‘National Excellence Program’ at Hungary (www.bronzkor.hu).

Once again in 2015, I was awarded with a 3 months fellowship provided by Humboldt Foundation. Within the framework of this, I have been working on a database of the Bronze Age settlements of Otomani/Füzesabony Ceramic Style outside Hungary, creating a new model for the better understanding of the connection between the ceramic style and the society that used it, and the articulated settlement system of this period with long distance connections.

I would like continue this research process through my application for the National Scholarship Programme of the Slovak Republic.

After my master’s degree in archaeology (1994), in 2002 I obtained degrees in geoinformatics, and in 2008 in geoarchaeology too. These qualifications ensure that I have the professional background necessary to reach the goals set out by the tender.

Aim and questions of current research

My planned research is the continuation of the work I carried out so far – namely investigating the same questions about the Bronze Age communities, its connection, inner structure, daily routine, subsistence strategies. This is the micro-level of planned research. In my research period in Slovakia I would like to localize the sites mentioned in the international and Slovakian literature, and to integrate them into a database on the basis of common criteria. I would also like to examine the location of the sites in the surrounding landscape and the connections between them and other settlements as part of the mid-range level of the research plan. The best known excavated Slovakian settlements from this Period (Košice-Barca, Spišský Štvrtok, Rozhanovce, Nižná Myšľa) give us good starting point to find answers, make new models and create better connection between Bronze Age sites within the OFK territory. Then I would like take the dates into a wider geographic scene, into the OFK settlement network. This will be the macro-level of my research.

The start of the research involves processing the already published data of Slovakian Bronze Age settlements.

In addition to the aforementioned known and significant excavations, dense settlement networks can also be found within the valley of the river Hernád, reaching into the Spišský region (Szepesség) as well as alongside the river valleys of the Eastern Slovak Lowland; however we have very little information about the rest of it. Based on the comparative database created following topographic identification, surveying and non-invasive research of the sites, we seek answers for the following questions:

Is there a settlement system consisted of sites with two or more layers within the examined period and area? Are there settlements/communities with higher status and other ones with lower? What size is the catchment area of each settlement? Do all of them have regular inner structure or just the defensive ones? Can we really use a concept of “proto urban states” or not? How can we value the long trade connections of these settlement/communities? And what is the role of the ceramic style within this system?

Data will be compared to the Hungarian and Polish analogies and of course with the really good Bronze Age research results from the western part of Slovakia.

In this research period I would like to make mostly field work and come to know the archaeological material of the sites in local museums. I planned a non-invasive research package which was used at Hungarian sites also with good results (Fischl-Kienlin-Tugya 2015).

Although the currently planned research is based on field and museum research work, my goal is to examine the fundamental archaeological meaning of OFK with the use of the database created. What else ties this broad geographic region beyond their shared ceramic forms and motifs? Is there an element in their settlement structure, the forming of their foundations or in their rites that we can pursue in the cognitive base structure of these former communities? Can a network be recorded between distant communities using the same material culture? Are the signs hinting at their society’s inner structure identical within the entirety of their area of spreading, or can we define smaller regions through geographical position, resource areas and distant trade relations which had different social and societal backgrounds? If so, what is the force behind the appearance of a shared material culture in areas otherwise distant from each other?

In addition to recording conventional archaeological data, map visualisation and the related GIS processing are one of the fundamental elements of this research.

Along with the analyses available through the aid of GIS (Thissen polygons, XTENT analysis, least cost path network analysis), the goal is to have a fundamentally postprocessual, cognitive archaeological approach and modelling, where the material culture and more specifically the structural analysis of settlements represent the starting point.

Therefore the two main aspects of the work are the creation of a database that is available in published form by the end of the project, and theoretical modelling method which, aside from outlining the already possible paths, is an experiment to create a new type of interpretation helping to understand Bronze Age communities.

These two subtasks have to be comprehensible both separately and as a whole.

However it is the most important to have plenty of discussion and make a lot of scientific connections, in order to get familiar with the way of thinking of Slovakian and other international researchers. I would like organize an international round table conference to create a common scientific language and mindset about OFK. We also have to include current Bronze Age researches from other regions into this process.

I believe that the knowledge of Slovakian at an elementary level is essential to the success of this project. Therefore it is my aim to learn the language not only to better understand archaeological literature, but also to make communication easier during both fieldwork and with colleagues

In addition to the publication of the database for professional audiences, the goal is to create an international exhibition scenario encompassing the entire region to present the results of the research. The planned exhibition should be presentable within the entirety of the OFK region. Presenting Bronze Age networks, beyond the traditional informative outset of exhibitions, would also facilitate the creation of a modern research network. Building on the results of research funded by scholarship, the plan is to produce a scenario that has the quality to win further tenders as well as an international outlook.

The first and most important step of the research planned is the recording of fundamental data, using the same protocol. Based on the thusly made database, future European projects researches sharing the same thought that forms during research.

Visiting the Bronze Age settlement sites known from literature (based on my earlier database) and database of museums.

Use of non-invasive research elements:

GIS analysis of the mapped dates